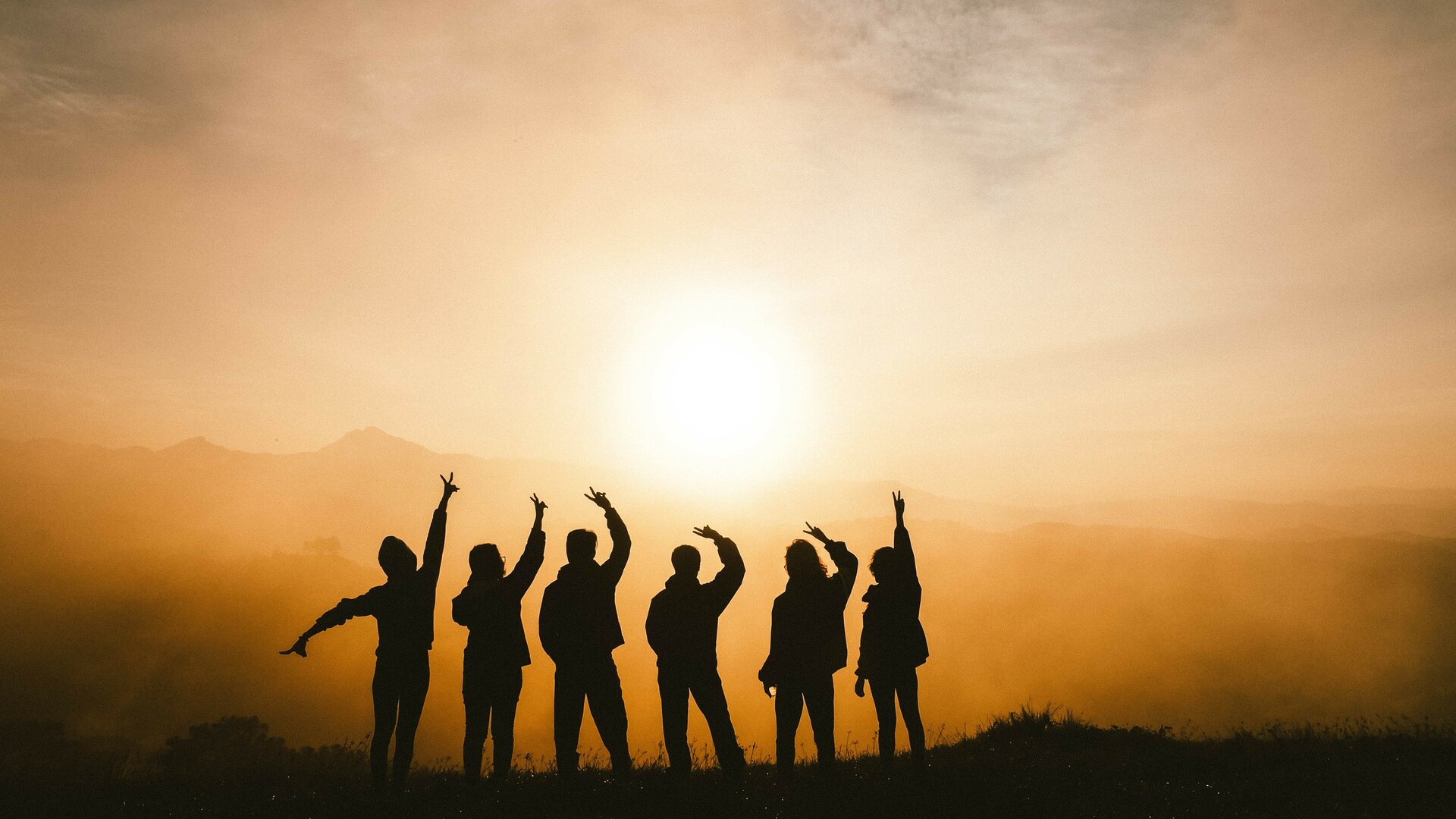 positive² - An anniversary with meaning
Oberalp Group grants all employees 40 hours of social commitment on the celebration of the company's 40th anniversary and donates 4 x 10,000€ to charity.

The Oberalp Group celebrated its 40th anniversary in 2021 and used this anniversary as an opportunity to creatively implement the motto of the company founder and president of the group, Heiner Oberrauch, "Positive attracts positive": Each of the 850 employees worldwide will receive an additional week of paid leave in the 2022 calendar year if that time is used to contribute to a charity of their choice.

"Our company gives one hour of community service per employee back to society for every year of its 40th anniversary," said Christoph Engl, CEO of the Oberalp Group, explaining this action. Positive² is what Oberalp calls this campaign, which also aims to give employees a completely new experience. It is up to the employees themselves to decide which charitable cause they would like to dedicate their donated time to. "The first ideas were quickly found and caught on like wildfire, inspiring the employees: whether it's spending a day riding a tandem bicycle with blind people, helping socially disadvantaged children with their homework for a few hours a week, or helping to reforest woods. It's the thought that counts and the belief that positive things attract positive things and thus multiply. It takes not only financial support but also personal commitment to really make a difference," says Ruth Oberrauch Executive Board Member, Manager of the in-house Group Sustainability Department and Brand Manager of her own mountain sports brand by women for women, LaMunt.

The positive² campaign marks the end of celebrations surrounding the 40th anniversary of the Oberalp Group, which includes the brands Salewa, Dynafit, Pomoca, Wild Country, Evolv and LaMunt. In addition to a Spotify playlist with the greatest hits of the past 40 years, the brand house had its own jump & run mini online game programmed, which generated a lot of excitement among employees and business partners. The app invited to climb four peaks playfully, virtually and together. Each of the four peaks symbolically stood for a charity organization and for a donation amount of 10,000 euros: The "Bäuerliche Notstandsfond Südtirol (Farmer's Emergency Fund South Tyrol, Italy)" which helps farmers in need, the non-profit organization "Mary's Meals", that provides children in need worldwide with a warm meal a day, "Doctors Without Borders" and the North American "Snow Leopard Trust" for the protection of the snow leopard (this wild cat is the symbolic animal of the Oberalp brand Dynafit). Achieving the summits together through playing resulted in a total donation of 40,000 euros for all of the charities.

Since the company's founding in 1981, management has always been committed to continuously improving its own social performance, and now more than ever it is aware of its responsibility to be a role model and pioneer for the next generations in terms of environmental protection. 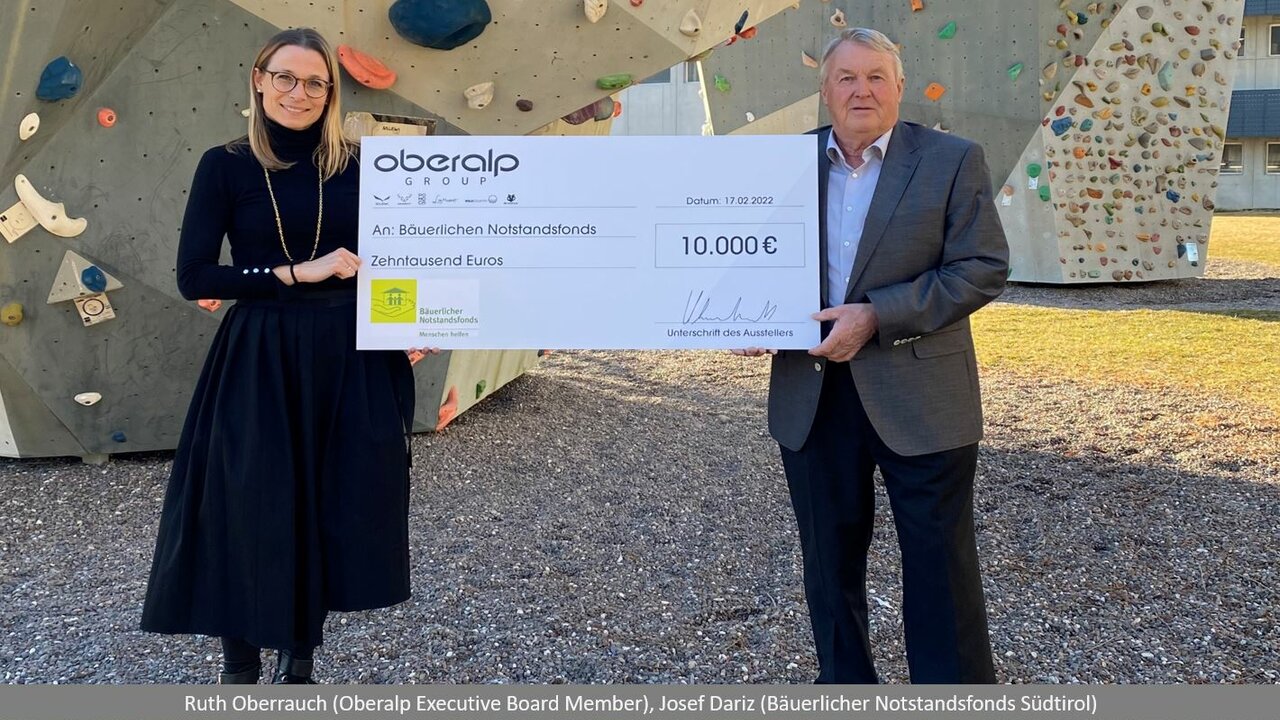 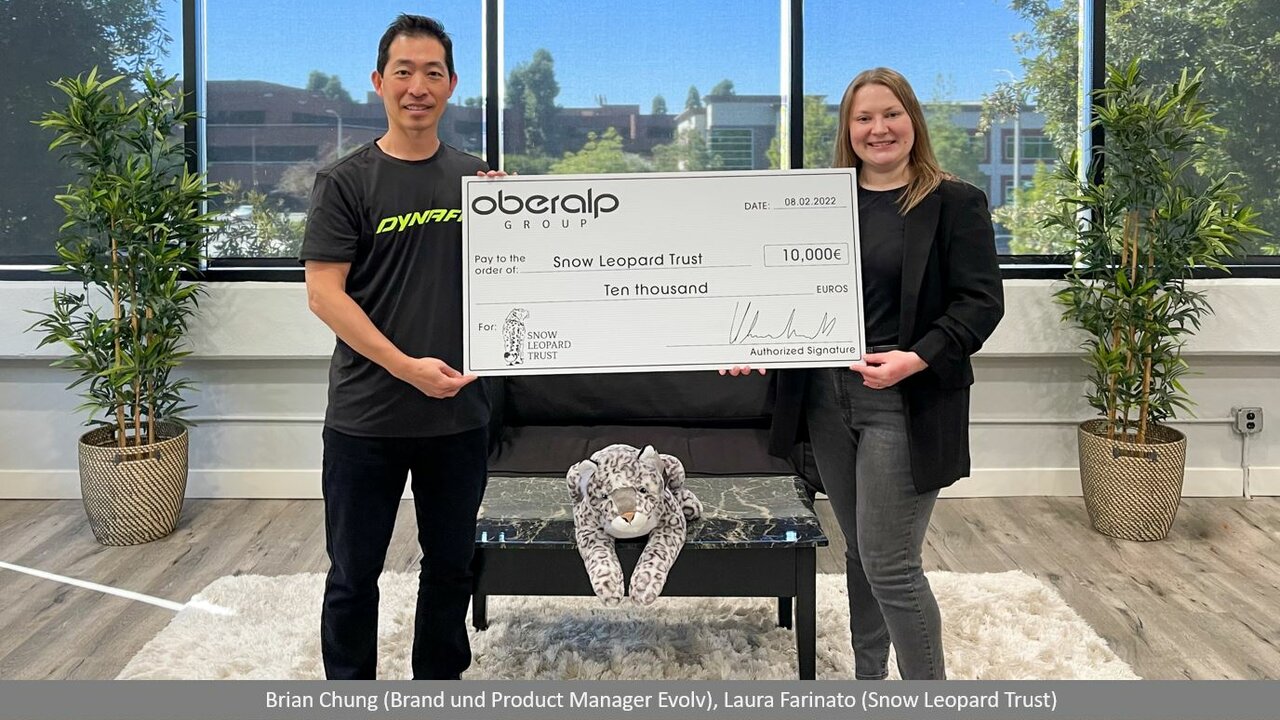 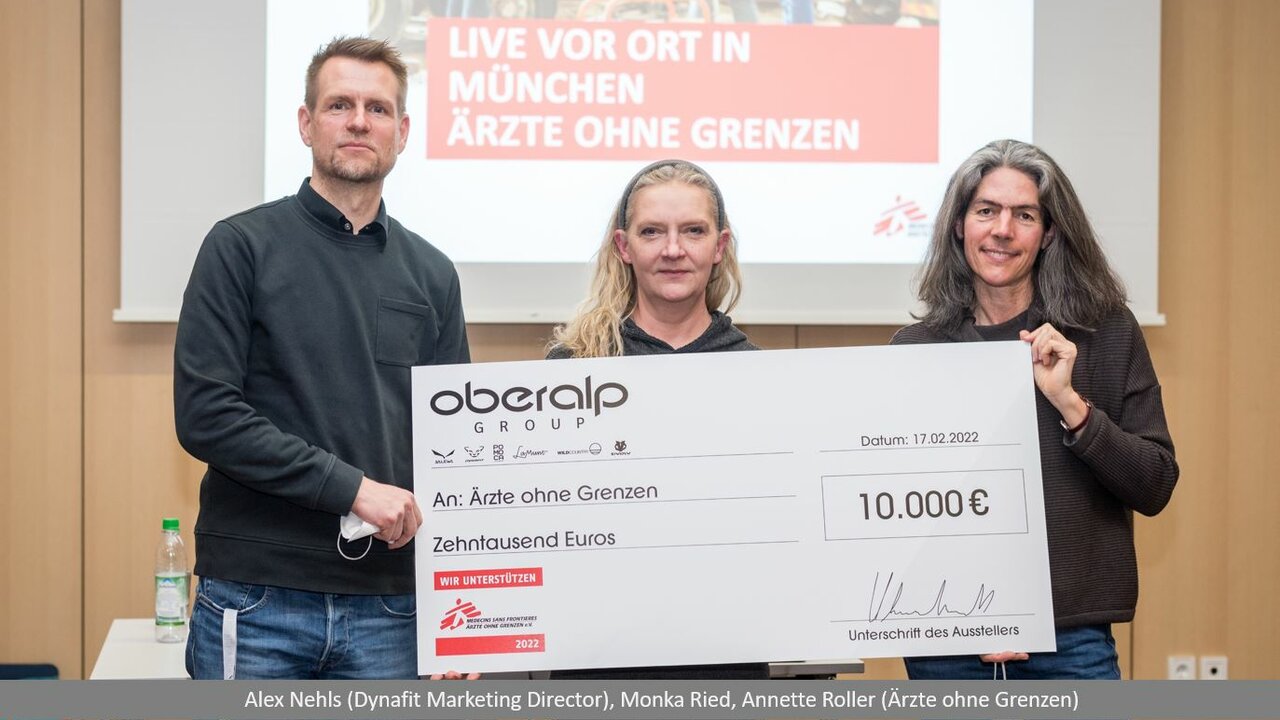 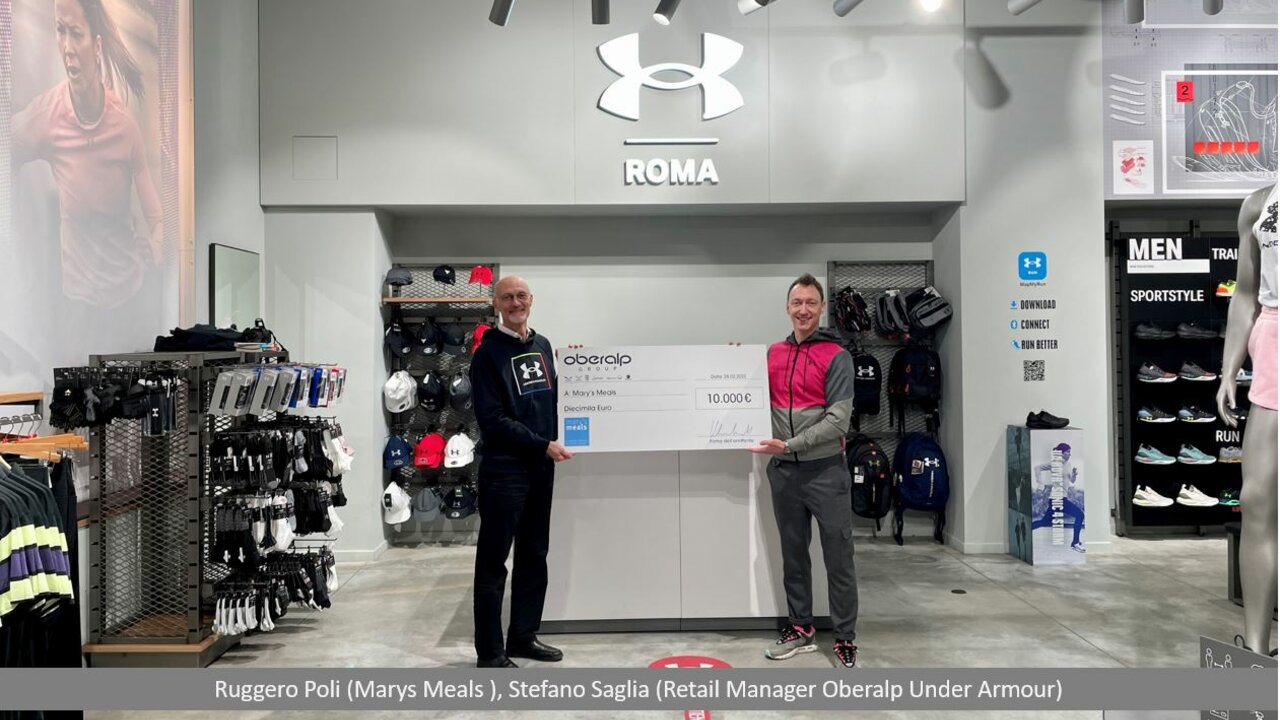 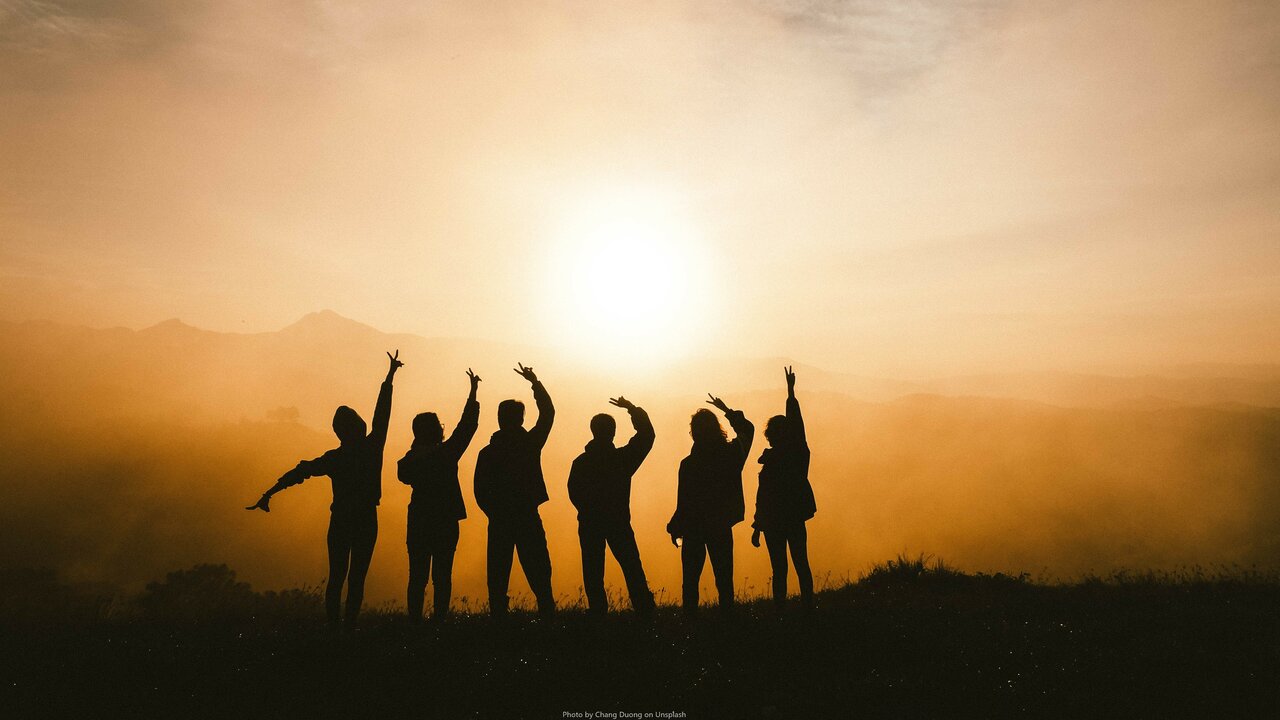