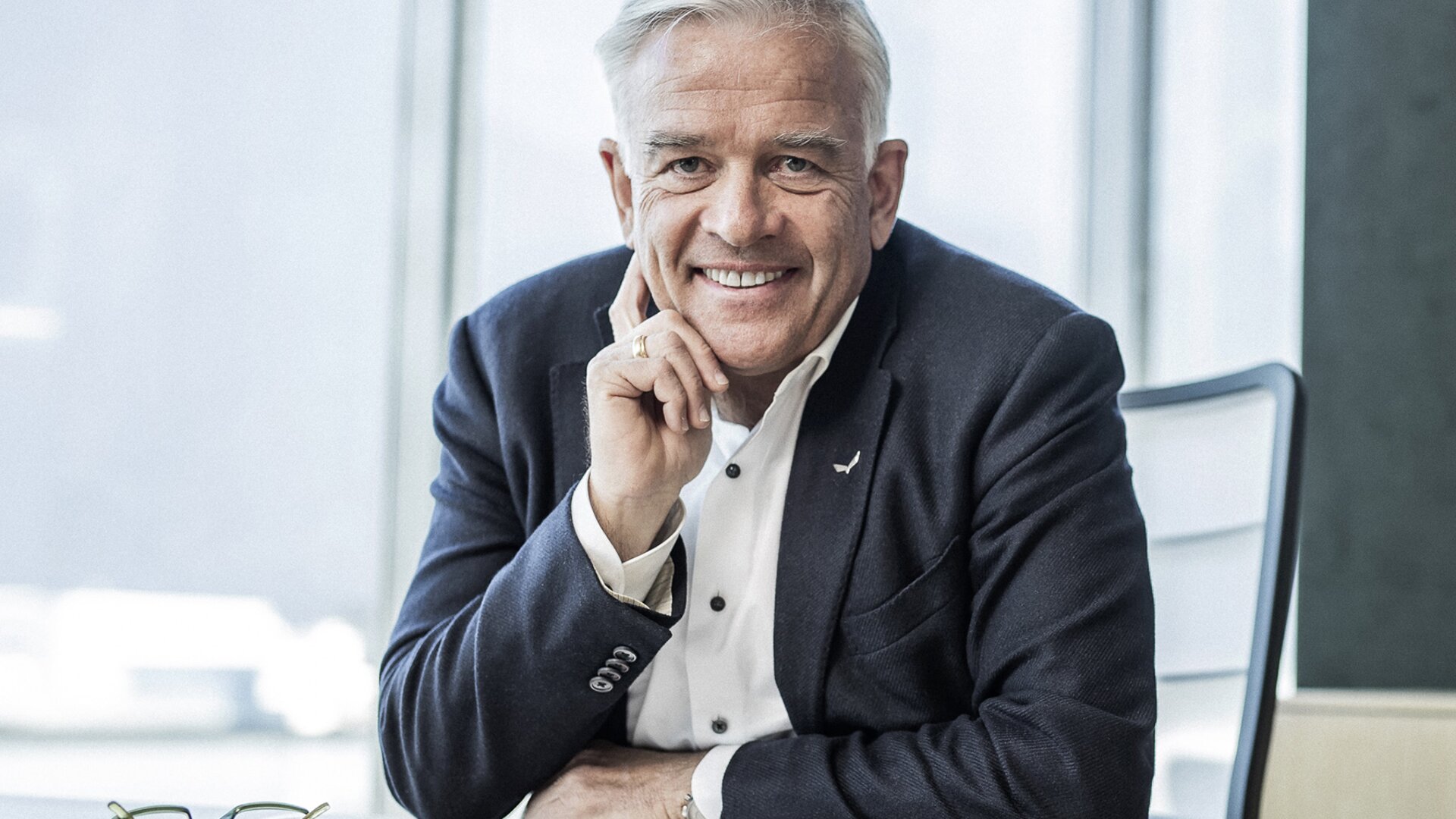 March 2020 - The COVID-19 virus keeps the world firmly in its grip. The pandemic that has spread is taking on new dimensions. Oberalp has recognized the emergency and, at the request of the public authorities of the province of Bolzano, has launched a unique action. The production in the Montebelluna branches was converted to sewing shops for protective masks and coats. With the licence partner from China, 20 million medical protective masks and 600,000 protective suits were flown in on an extraordinary mission and in collaboration with the Austrian government and the AUA. In an interview with Bergwelten magazine, Heiner Oberrauch, President of the Oberalp Group, talks about the current situation and his hopes for the future.

The family-run Oberalp Group from South Tyrol, parent company of Salewa and Dynafit, now produces medical protective jackets and organizes millions of dollars worth of medical equipment from China. A conversation with President Heiner Oberrauch about acting quickly in times of crisis, partnerships between states - and the belief in a new era.

We no longer need to talk about the medical supply situation in Italy. But we do about flexibility and the commitment of helpers. In these difficult times, there is so much dedication that can inspire and make us all feel positive. This also applies to the family-run Oberalp Group, the South Tyrolean company to which the mountaineering brands Salewa, Dynafit, Wild Country, Pomoca and Evolv belong.

For over a week now, medical protective equipment has been produced at the Oberalp site in Montebelluna. 50,000 face masks and 800 water-repellent protective jackets were delivered in the first week. President Heiner Oberrauch also used his contacts in China to organize 20 million medical masks and 600,000 protective gear, which were flown to Vienna via a special transport. We asked him to give an interview.

Bergwelten: Mr. Oberrauch, how did the production of the protective equipment come about?
Heiner Oberrauch: The governor of South Tyrol called me and asked for help. Together with other South Tyrolean companies, we set up a crisis team and thought about what we could do. We then converted our sewing facilities in Montebelluna as quickly as possible. And so, instead of Goretex jackets, washable protective masks and coats were produced.

And at the same time, you activated your network in China?
Yes, our licensee in China, i.e. our partner who operates the Salewa stores there, sent us protective masks on his own initiative weeks ago when he heard how the development in Italy was progressing. So, we knew that they had access. Thus, on behalf of the provincial government, we assigned production to four different manufacturing plants. We transferred 10 million euros - more or less blindly. That was a rather a risk and I was glad when the goods were on site. We ordered two different types of masks for the health authorities in South Tyrol: simple surgical masks and a version with filter. In addition, protective equipment.

It sounds as if you have gained in medical expertise in the meantime?
Oh, we learn a lot every day, especially our CEO Dr. Christoph Engl. He is sleeping very little at the moment. This ranges from medical issues to landing permits for the planes, police protection for the goods, customs and all the logistics.  We have cleared out warehouses, organized special permits and much more - and it all had to happen in parallel.

The delivery from China was incredibly fast. How did that happen?
Via the South Tyrolean provincial government, we phoned the Austrian Chancellor Kurz and he reacted immediately. And so Austrian Airlines passenger planes flew to China and brought the first goods to Vienna. In addition to the transport space, all seats were used and fully equipped. We are now distributing the first delivery as an external logistics provider. Some of it is also going to North Tyrol and Lombardy.

Do you need private companies to drive the organization forward?
Yes, certainly. But I also have to say that the cooperation has been and continues to be enormously good, even across national borders. The solidarity of the community is an enormous motivating and adrenaline factor. We are tired, but it fills us with great joy that we can make a contribution. Our employees are highly motivated and are there without any questions and say: We will do that.

But you will also worry about the future. On Monday, 23 March, it was announced that in Italy the production of all non-essential goods must be stopped.
And that is what we have now done. Only the production of protective equipment is left. Of course, there will be great losses. But we are a company with broad shoulders, highly motivated employees and a good organisation. The company is not at risk. I have lived through several crises and we have always come out of them stronger.

What are your hopes for the current, probably the biggest crisis since the Second World War?
There will be many tragedies, no question. But since the Second World War we have only known economic growth, and now we have to change. Values must shift. We will have to pay more attention to local economies. Wealth must be redistributed. We must move away from taxing work - we must find ways to tax wealth. Global transport must become more expensive - that is the best regulatory system and we owe it to our grandchildren. And the consumer is the democratic system. The customer decides what he buys. And so, it is also important to pay attention to how and where something is produced. This occurrence will make us reflect even more. It will be exciting. I hope that a larger proportion of people will rethink and become more conscious - and politics along with society.

Thank you very much for the interview!