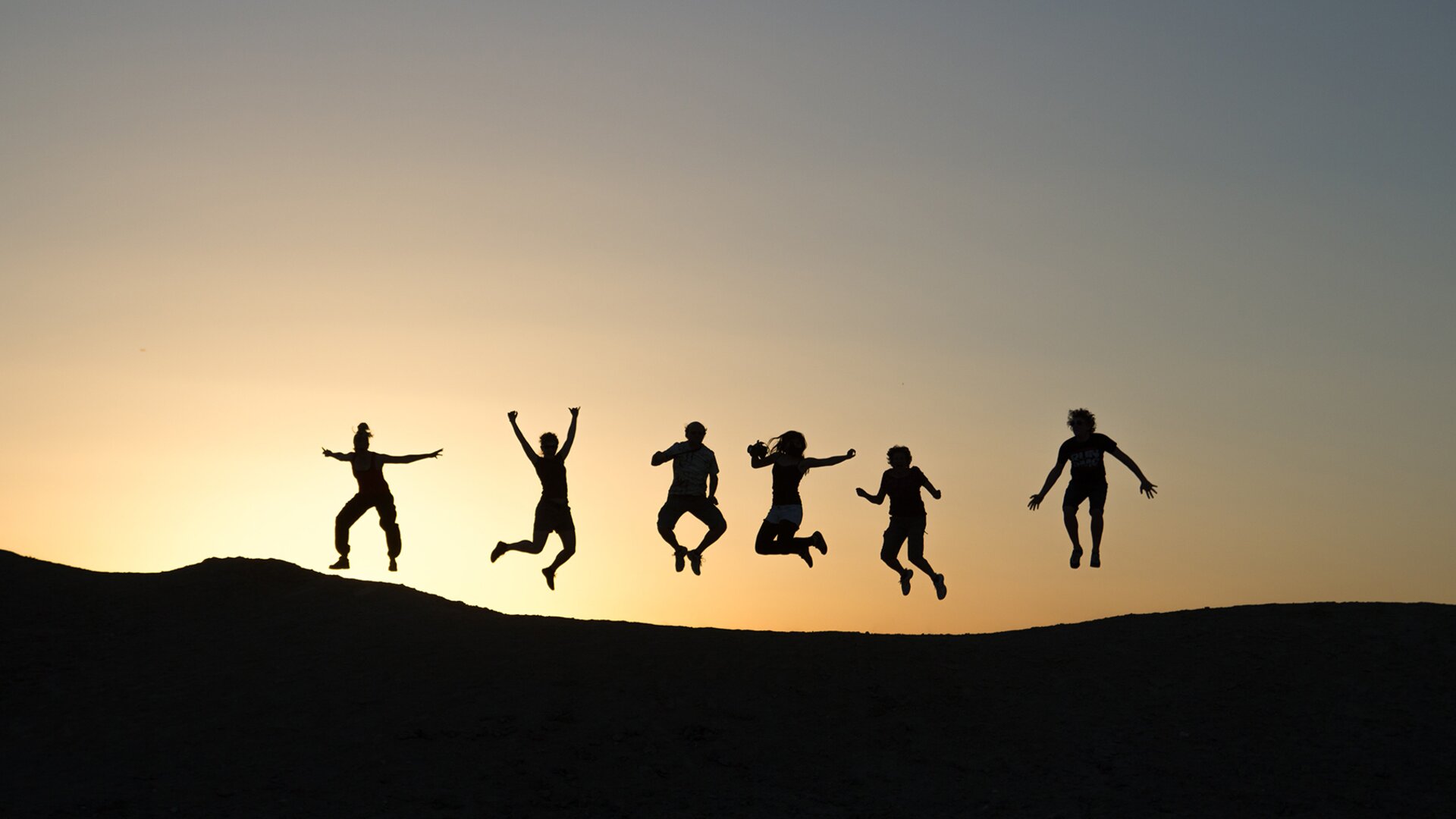 November 2021 marked the tenth anniversary of the highly coveted Oberalp Awards. More than one hundred proposals were submitted, among which the nine-member Executive Board of the Oberalp Group selected those who had stood out particularly during the past year.

The awards had to be handed over in digital form the previous year because of the Corona pandemic. This year the trophies were once again presented live during the Oberalp Autumn Employee Meeting. Ruth Oberrauch, Group Sustainability Manager and Brand Manager of the first Oberalp brand created from scratch in the Group by women for women LaMunt, and Oberalp Group CEO Christoph Engl personally presented the awards from six categories. 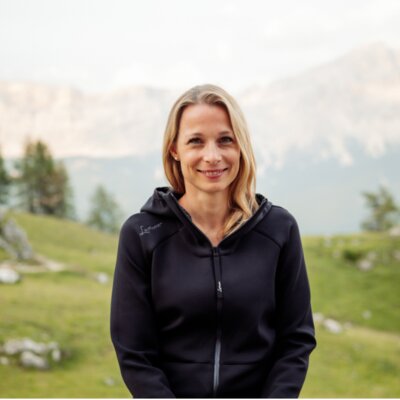 It is a pleasure to see with how much commitment and creativity our team contributes every day to ensure that we grow continuously and healthily as a company and that we constantly improve and develop further.

The Creativity & Innovation Award was assigned to two teams. The first was to the Customer Care team that implemented a new community app and introduced shift service to answer customer inquiries beyond regular office hours and in record time. They reduced the average response time for product inquiries via the app to less than one minute in the first week. With the app, customers' questions are not only answered by the Oberalp Customer Care team, but the platform makes it possible for sports experts and mountain-loving professionals to share their expertise with the community as well.

The second team to win this award was the "Oberalp Christmas Time" team. Due to the Corona pandemic, no physical Christmas celebrations could take place in the single Oberalp branches. Hence, a group of two from the Executive Assistant Team organized over 780 Christmas packages in record time, containing everything needed to bring the spirit of Oberalp Christmas home to employees worldwide. The packages were put together with great care and included regional products and Christmas decoration elements for a complete Christmas menu for four people.

The courageous decision to offer the collection of the new Oberalp brand LaMunt only in packages to B2B customers and to implement a digital sales platform for the first time was rewarded with the Oberalp Risk Award. For many customers, this new concept of placing orders online and in pre-made packages was unique, and it was uncertain how the customers of the Oberalp Group would receive this. Excellent sell-in figures confirmed that the decision to take this risk was the right one.

This year's Excellent Execution & Service Award went to the Apparel Quality Control team, whose efforts were also responsible for Oberalp maintaining its status as a Fair Wear Foundation Leader for the fifth year in a row. The international team had distinguished itself in the Asian production countries by being particularly flexible and making quick decisions to maintain the supply chains. This crucial market advantage was decisive for competition in times of lock-downs and global supply bottlenecks.

By introducing a user-friendly expense reporting app, the treasury team secured the award for Process Improvement. So did the five-person team to whom Oberalp owes the introduction of a new corporate intranet. Worldwide networking between employees, the possibility of interaction, and efficient information flow were the declared goals they achieved and exceeded.

Sustainability and responsibility for future generations are two of Oberalp's corporate values that are particularly important, and thus the nominees for the Sustainability Award were analogously numerous. Two awards were awarded. One trophy went to the Polish Oberalp subsidiary for the idea of enabling children with mental disabilities to climb Poland's highest mountains accompanied by guides.

The second award in this category went to an employee whose personal efforts in recycling plastic parts from snowshoes resulted in 650kg of plastic being reintegrated wholly into the production process.

Finally, the Digitization Award honored an internal collaboration between a brand and IT. The introduction of the first digital workbook in the Oberalp Group, namely for the Salewa brand, was a big step towards saving resources and costs and offers the brand great flexibility, even during the season.

Oberalp CEO Christoph Engl thanked all award winners and nominated employees for their dedication and creativity and emphasized that the people who support and live the company's values and goals daily are the most important asset of a successful company. 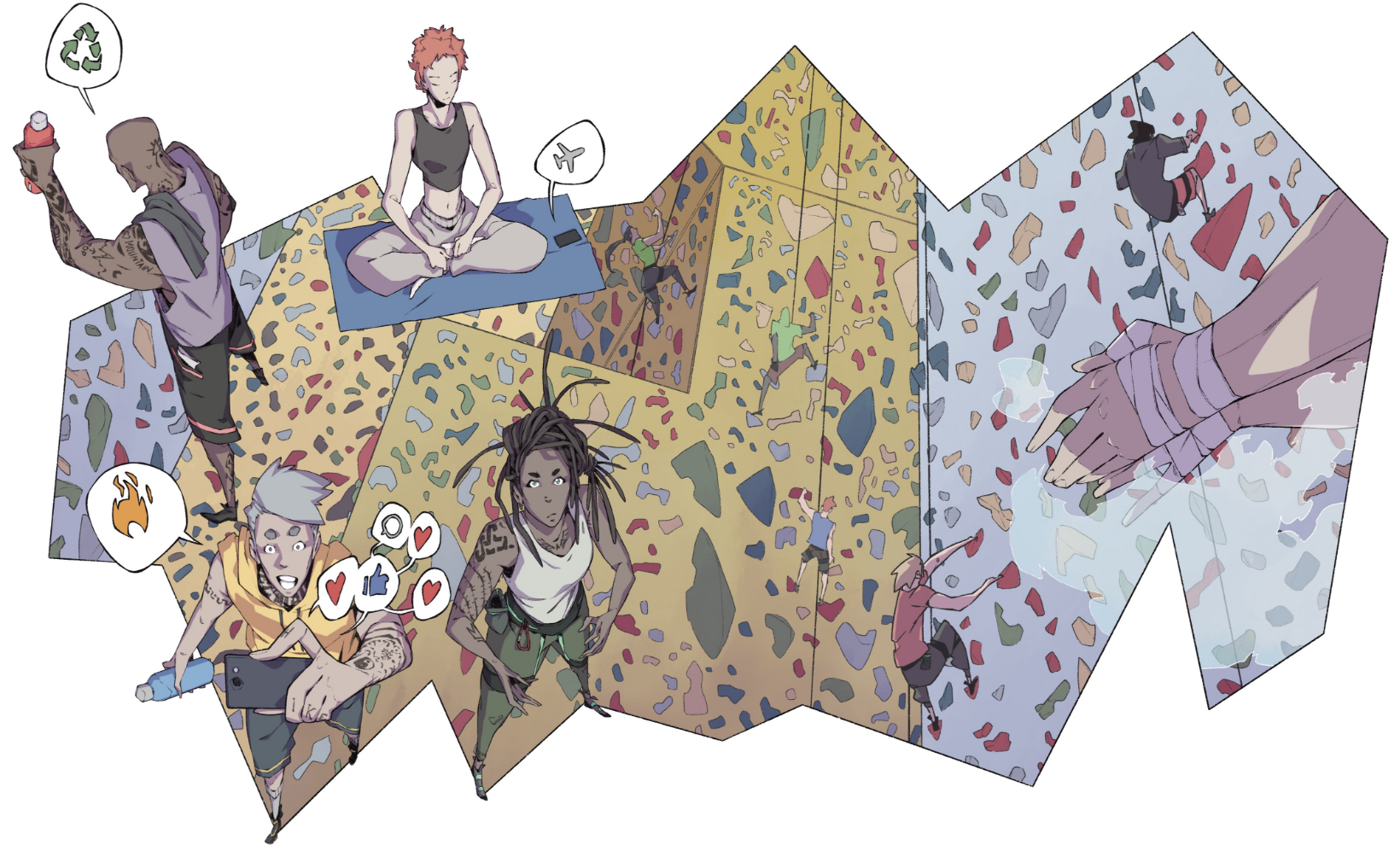 TikTok - The countdown to the go live of our Oberalp Virtual Convention is running.

Our digital format gives you the possibility to dive deep into a business relevant topic and to discover the upcoming collections, technologies, and innovations of our mountain sports brands Salewa, Dynafit, Wild Country, Pomoca, Evolv and LaMunt.

This year we give the stage to the Gen Z: who is this new generation that seems to be louder and more demanding than generations before? And what business implications do we draw from that?

Our Oberalp Virtual Convention is live.

Our digital format gives you the possibility to dive deep into a business relevant topic and to discover the upcoming collections, technologies, and innovations of our mountain sports brands Salewa, Dynafit, Wild Country, Pomoca, Evolv and LaMunt.

This year we give the stage to the Gen Z: who is this new generation that seems to be louder and more demanding than generations before? And what business implications do we draw from that?

Curious? Have a look on convention.oberalp.com